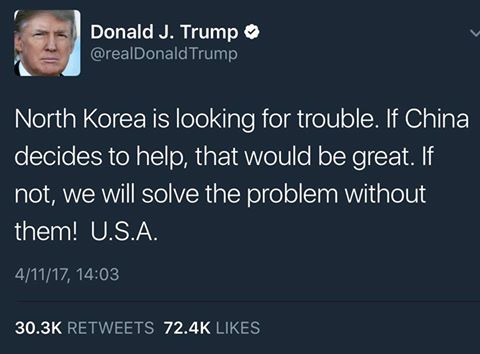 President of the United States Donald J. Trump stated on his Twitter account that North Korea is looking for trouble.

Earlier on 9th of March 2017 The US military has ordered a navy strike group to move towards the Korean peninsula due to growing concerns about North Korea’s missile programme. US Pacific Command described the deployment is heading towards the western Pacific – as a prudent measure to maintain readiness in the region.