There’s been an awakening — and it’s coming to Google products and the Star Wars app.

Disney announced today that in an unprecedented collaboration with Google, Star Wars fans will have an opportunity to share in immersive experiences — Awaken the Force Within and Google Cardboard Virtual Reality — in celebration of Lucasfilm’s Star Wars: The Force Awakens.

Awaken the Force Within, a global program, starts today; fans logging onto Google.com/starwars can make a choice to be on the dark side or the light side for the upcoming Star Wars: The Force Awakens. Their favorite Google apps will then transform to reflect the path they choose. Special experiences have been developed for Android Wear Watches, Google Calendar, Chrome, Chromecast, Gmail, Google Maps, Google Now, Waze, and YouTube with added features for fans to discover on their Inbox by Gmail, Google Translate, and Google Search. 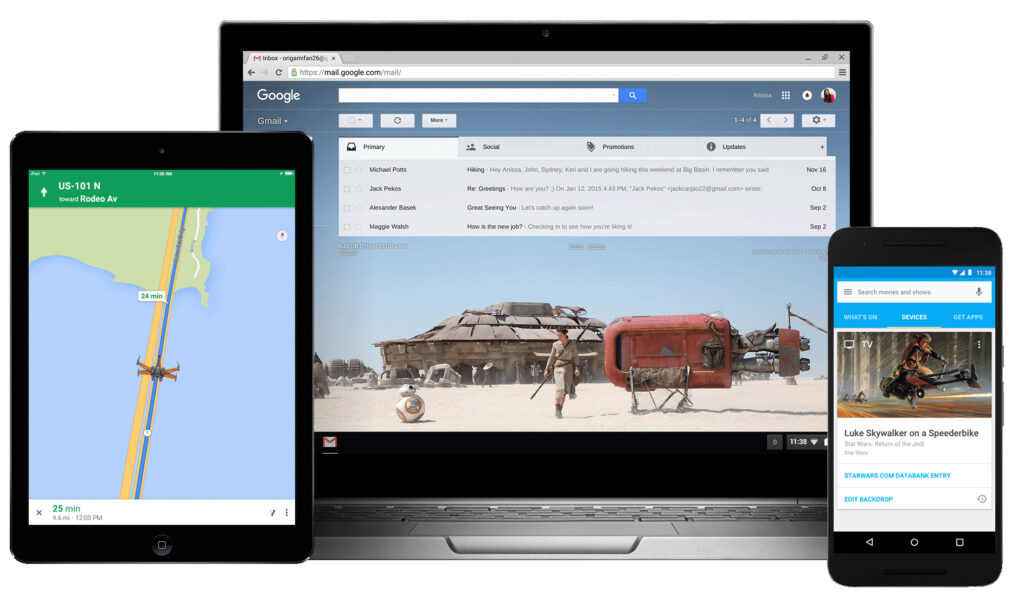 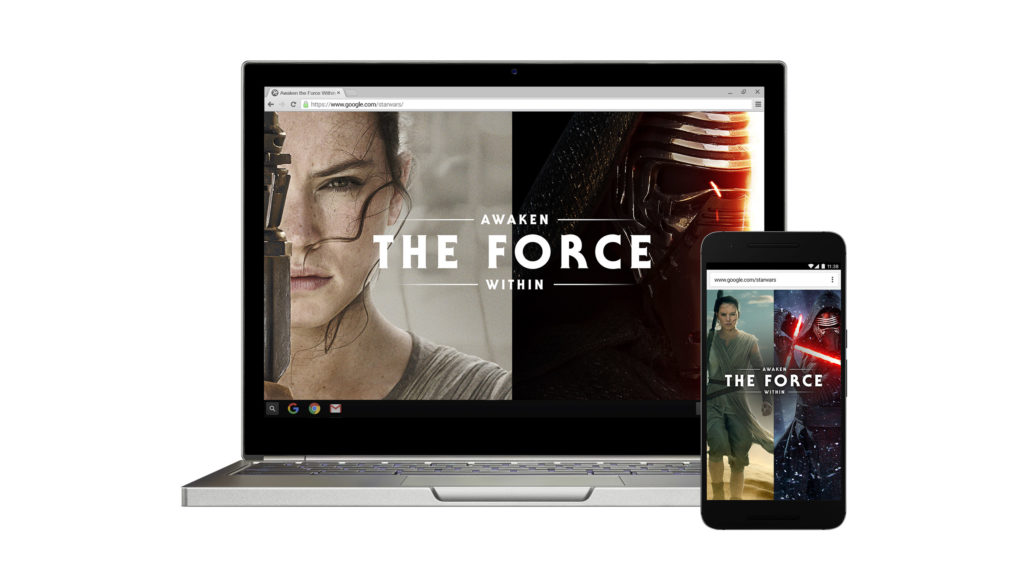 The galaxy far, far away is coming to you. Let it in like never before.

Stay tuned to StarWars.com for more on Awaken the Force Within and Google Cardboard Virtual Reality!

Anounced by Google and Disney