What ? – Creativity and Non-Conformity Now listed as a Mental Illness 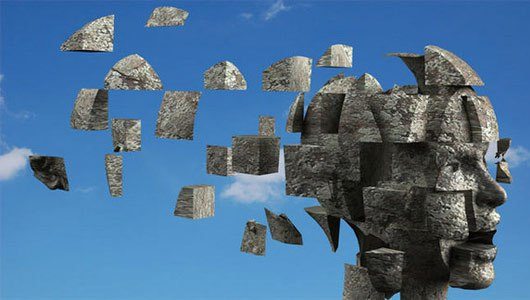 What happens to a society when thinking outside of the box or being righteously enraged about your government going in the wrong direction becomes an excuse to be sedated and re-educated? It seems we don’t have to go too far back in history to find out. Soviet Union used new mental illness for political repression. People who didn’t accept the beliefs of the Communist Party developed a new type of schizophrenia. They suffered from the delusion of believing communism was wrong. They were isolated, forcefully medicated, and put through repressive “therapy” to bring them back to sanity.

Now thanks to thought policing by the American Psychiatric Association the latest addition of the DSM-IV (Diagnostic and Statistical Manual of Mental Disorders) is setting up the dominoes for arbitrary diagnosis of any dissenting individuals.

listed as new mental illnesses are above-average creativity and cynicism. The manual goes on to identify a mental illness called “oppositional defiant disorder” or ODD. Defined as an “ongoing pattern of disobedient, hostile and defiant behavior,” symptoms include questioning authority, negativity, defiance, argumentativeness, and being easily annoyed.

A Washington Post article observed that, if Mozart were born today, he would be diagnosed with ADD and “medicated into barren normality.” What used to be known as personality traits are now diseases, and of course there are treatments available.

When the last edition of the DSM-IV was published, identifying the symptoms of various illness in children, there was a jump in the medication for children. Some states even have laws that allow protectives agencies to forcibly medicate, and even make it a punishable crime to withhold a prescribed medication.

Beware people with a strong sense of individuality! Though the authors of the manual claim no ulterior motives, labeling freethinking and nonconformity as a mental illness has a lot of potential for abuse. As a weapon in the arsenal for a repressive state, it seems societal reality is morphing into a playbook for autocrats borrowed from a Phillip K. Dick novel.