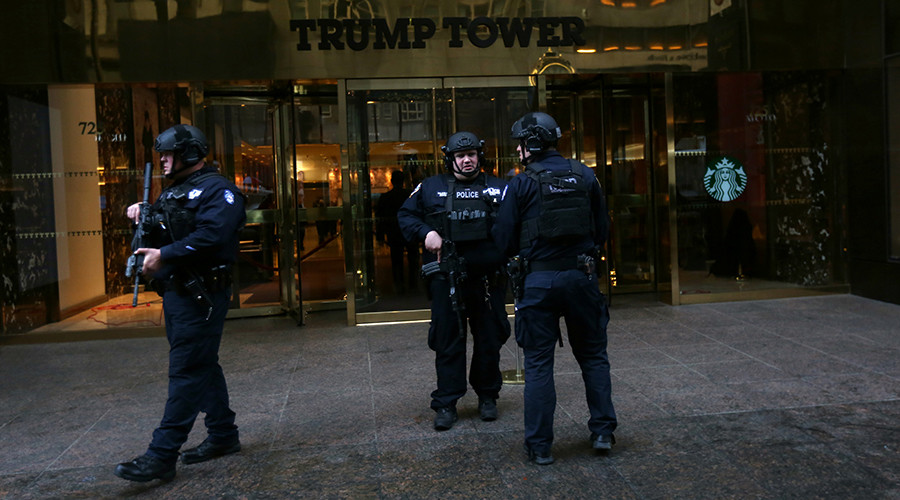 The lobby of Trump Tower in New York has been evacuated due to a suspicious package, Tuesday. President-elect Trump is not on the premises. The New York City fire and police departments have arrived on the scene.