BREAKING NEWS – OBAMA WIRETAPPED TRUMP – Is this the end of the silent coup attempt? 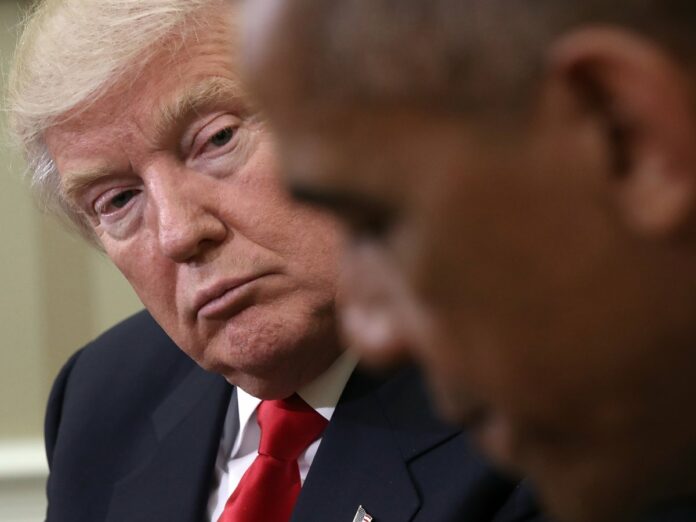 BREAKING NEWS – Just moment’s ago Donald J. Trump the President of The United States of America twitted on his Twitter account that former president Obama has ordered “wire taping” of Trump during the elections of 2016. Earlier on 3th of March 2017 Radio host Mark Levin spent most of his Thursday evening show discussing the alleged scandal surrounding Attorney General Jeff Sessions and what he says is the real scandal: A “silent coup” by the former Obama administration against President Trump.

“They are not going to stop, I told you that the day after the election,” Levin urged.

“The question is: Was Obama surveilling top Trump campaign officials during the election?” he asked.“We absolutely know this is true, the FBI did a preliminary criminal investigation based on a potential connection between a server in Trump Tower and a couple of Russian banks. That turned out to be a dry hole, but one of the most outrageous things I’ve ever seen… totally uncovered by the media. Instead of closing the investigation, the Obama administration tried to turn it into a FISA court investigation in June [2016]. Apparently the first application they submitted named Trump.”

October: FISA request. The Obama administration submits a new, narrow request to the FISA court, now focused on a computer server in Trump Tower suspected of links to Russian banks. No evidence is found — but the wiretaps continue, ostensibly for national security reasons, Andrew McCarthy at National Review later notes. The Obama administration is now monitoring an opposing presidential campaign using the high-tech surveillance powers of the federal intelligence services.

Source and read more at: Was Obama Using NSA Against Trump During 2016 Campaign?

Was this a silent coup attempt ?! Is this the last drop and the last failed attempt coming from Trump opponents? What will the US government do about this shocking revelations?