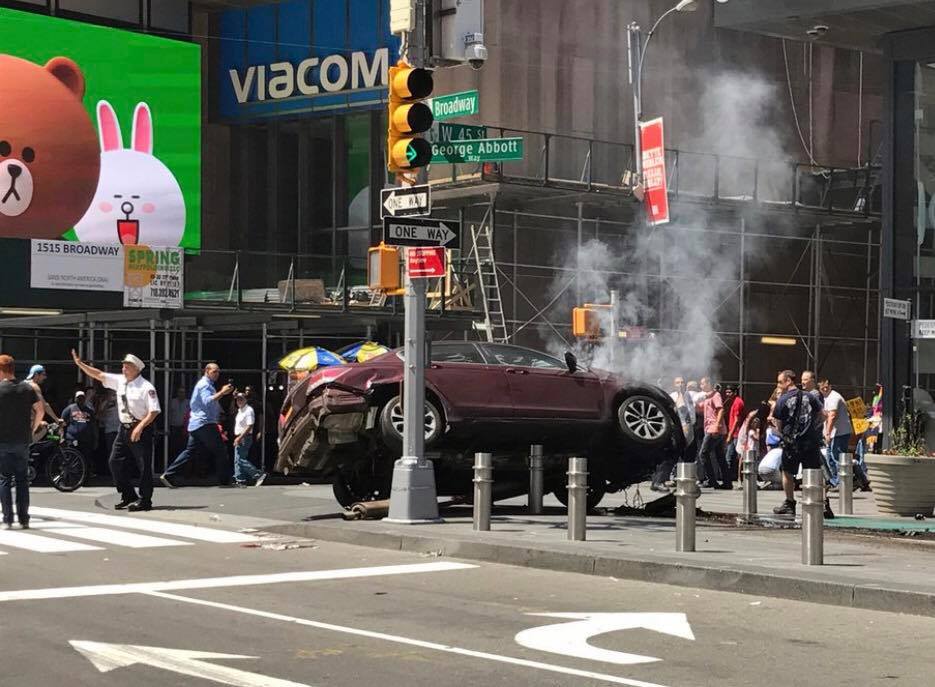 Car plows in pedestrians in New York Times Square one person killed and 13 others injured – WATCH LIVE FROM NEW YORK:
New York City Police have declared a “mass casualty incident” after a speeding car drove onto the sidewalk in Times Square, killing one and injuring at least a dozen people. The incident does not seem to be a terrorist attack, police said.